Why TeamLinkt is FREE?

Participating in sports is expensive – so we’re shaking things up!

We started with the mission of delivering a full-featured free Team Management App to youth, high school and adult rec sports teams – and it naturally led into offering a full-featured, free league management platform for leagues, associations, clubs and schools that can power their entire organization.  TeamLinkt is free now, and always will be! 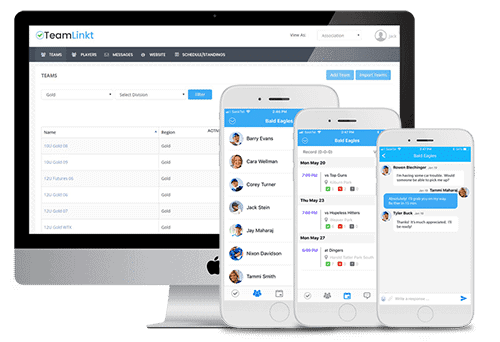 In 2016 – as coaches, players and parents – we recognized the impact that Team Management Apps had in helping sports teams organize & connect.  These team apps, still in their earlier stages, really simplified the season for coaches and teams by enabling them to share rosters, schedules, photos, email, chat and more… all from a single app.

The problem was that available apps charged teams for core features.  Features like unlimited roster members, automated reminders, setting player availability so teams know who is showing up, sharing photos,  live game scoring, and more all came at a cost.

In leading team management apps like Team Snap – teams currently pay $70 – $130 per season for premium features.  That’s a lot of money coming out of a team’s budget or coaches’ pocket!  Not to mention the numerous teams that can’t afford Team Snap at all.

So we decided to shake things up – by late 2017 we introduced TeamLinkt to compete head to head with the best Team Management Apps out there – and through partnerships with local and national businesses who want to give back to their communities, we’re able to deliver every premium feature + great support for FREE!

We’ve had a huge response from teams – they love the app!

And because of this success with teams, we soon began offering a full-featured, league management platform for leagues, associations, clubs and schools that can power their entire organization – from league website to online registration (without any additional fees), scheduling, communications and more – again for FREE!

Matched up against competitive platforms, we save leagues, associations, clubs and schools thousands of dollars each year.

TeamLinkt is growing quickly and we are now helping thousands of leagues, associations, clubs, schools and teams cut costs and have a better season.

We encourage you to give TeamLinkt a try for your team or organization.

We’re committed to building out the best, full-featured free team management app and league management platform in the world.   We appreciate your support and encourage your feedback

Create your Team
Launch your League